Last month I decided to challenge myself and move out of my comfort zone and participate in the #Vidtember video challenge. #Vidtember was started by the online entrepreneur Chris Ducker and he challenged his tribe to create 30 videos in 30 days.

I knew I had a huge block around doing video, because every time I had to do a video I was forever making excuses. Some of my excuses included:

So, I realised that I needed to do Vidtember because I didn’t want to do it. I knew it was a block and I’m all about saying yes and moving through my blocks.

So here are 5 lessons I’ve taken from doing the #Vidtember challenge:

Lesson #1: You don’t need a script or makeup to do video

In some of my videos I looked dreadful - I have no make-up and my hair is not properly brushed!

This was a big lesson because I realised how I had not been sharing some really valuable information that could make a difference to many people, all because I was concerned about looking perfect on camera.

Lesson #2: You don’t need a professional camera or studio

I always thought I needed an amazing professional setup that included a very expensive video camera and a studio with even more expensive professional lighting.

Through being forced to create a video a day, I realised that all I needed was my iPhone and some good, natural lighting.

I also discovered it’s ok to improvise. For many of my videos I’m sitting in front of the window, where I know the light is fine, and my phone is on a tissue box and a book so it doesn’t fall over. And that’s my tripod!

Don’t let not having a professional setup stop you from sharing your message with your audience.

Lesson #3: Video helps you get clear about your message

One unexpected lesson was that video helped me get clear about what I wanted to share with my audience and to consider how I was going to verbalise it.

Once I was clear in my mind, I found the words flowed much better than if I had been reading a script. And the feedback from people watching my videos indicated they were loving my ad-lib approach and the content I was sharing.

This lesson really surprised me. I discovered that people respond to video so much more than what I had imagined.

I think there is that immediate personal connection that is formed through video that you can’t replicate in a blog post. And I think it’s a really important element of your content marketing, PR, and thought leadership that everybody should be doing, because it’s about sharing your messages and creating connections, and providing information that other people will find valuable.

Now that #Vidtember is over, my videos have received over 500 views. So that’s 500 more people who have been exposed to my content, my message and my brand than I had reached before I created the videos. 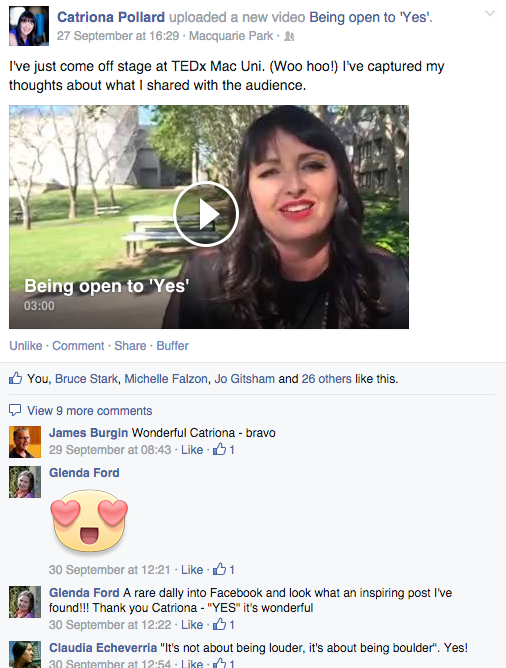 Lesson #5: It gets easier with practice

This was truly the best lesson of all. As each day went by and the days turned into weeks, creating video became easier and easier. In fact, I actually started to look forward to creating my next one!

The ultimate video test for me was speaking at TEDx at the end of the month. I was standing on stage in front of a video camera and my image was projected on huge screens behind me - each screen were the movie theatre size. And that video, was being live streamed to about 200,000 people.

So, at that point I realized that I need to own video. It was at that point I stood there and realised I could do video, and impact so many more people than I have ever reached before.

So are you ready to give in a create more videos? Let me know what’s stopping you in the comments below.

And if you’re interested, you can check out all my Vidtember videos here. 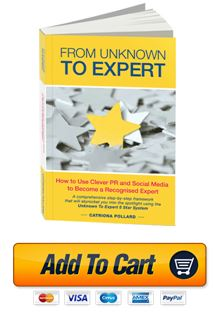 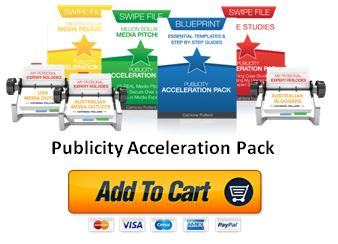 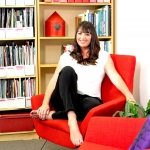